More “alternate takes” in this series which I have been serializing here and which is over 18 months old. More poems about Zappa, my late cat and my reaction. You can’t see the “Z” anymore but you get the idea in the photo to the left. I think about the guy who said: “He was only a cat” and am thinking of how there is either a sense that we are connected to all living things or there are levels of anthropocentrism, as in the case of the Minnesota dentist/big game hunter who is now a target. 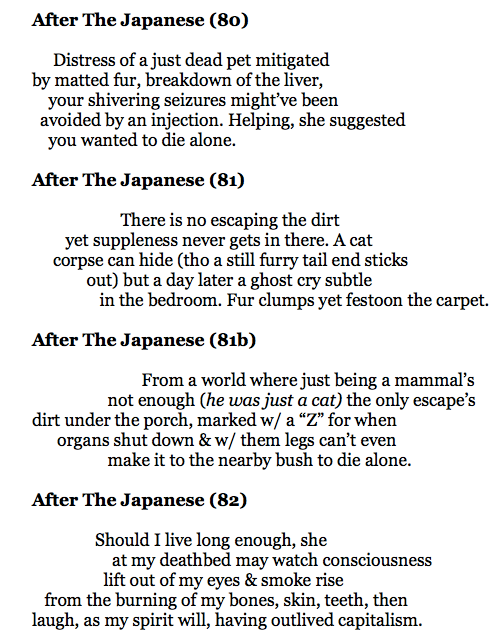 Or as Krishnamurti said: 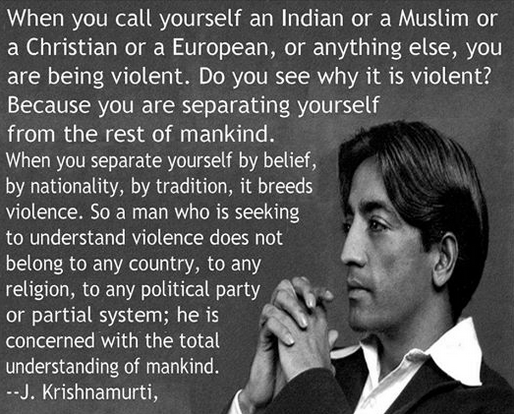 Paul Nelson is founder of SPLAB (Seattle Poetics LAB) in Seattle, the Cascadia Poetry Festival and the August POetry POstcard Fest (PoPo). www.POPO.cards. He has published a collection of essays, Organic Poetry & a serial poem re-enacting the history of Auburn, WA, A Time Before Slaughter (shortlisted for a 2010 Genius Award by The Stranger) and American Sentences, a book of 17 syllable poems drawn from the first fourteen of his 20 years of daily practice. The tenth anniversary edition of that book includes Pig War: & Other Songs of Cascadia. He’s interviewed Allen Ginsberg, Michael McClure, Wanda Coleman, Anne Waldman, Sam Hamill, Robin Blaser, Nate Mackey, Eileen Myles, George Bowering, Diane di Prima, Brenda Hillman, George Stanley, Joanne Kyger & many Cascadia poets (see: https://paulenelson.com/americanprophets/) has presented his poetry and poetics in London, Brussels, Bothell, Cumberland, BC, Qinghai and Beijing, China, Lake Forest, Illinois, Ukiah, CA, and other places & writes an American Sentence every day. www.PaulENelson.com
View all posts by Splabman →
This entry was posted in Uncategorized and tagged After the Japanese, Anthropocentrism, Zappa (the cat. Bookmark the permalink.