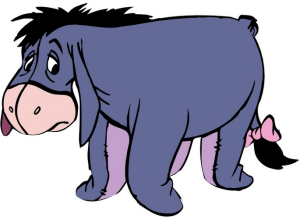 I know what you are thinking. Don’t put any more energy into things like this, but my strong sense of justice is begging me to respond. So, after changing another dirty diaper from my 3 year old and reading her a pre-nap story of Winnie the Pooh and Eeyore (also a poet!), I figured I would take ten minutes to explain a little for those like today’s miffed commenter Diane Cammer:

Well Diane, since 1997 SPLAB, the non-profit I founded in 1993 has facilitated hundreds of workshops mostly in the Puget Sound region, with testimonials like:

“…The poets you brought to teach the workshops were inspiring and at the same time encouraging to our audience of all ages and experiences…” – Lauren Murphy, Supervising Youth Services Librarian, Pierce County Library System

“Last night was our SPLAB performance at Vashon’s new Youth Council club, the Crux. Wow! It was one of the most amazing, high-energy poetry evenings I’ve ever seen…” – Rayna Holtz, Vashon Island Library

“…Paul, I would like to congratulate you on facilitating this very successful program. The SPLAB! curriculum proved to be very effective with this group and I was truly amazed by the caliber of work produced by these students!…” – Bonnie Cline, Young Adult Librarian, Auburn Library

And I especially like what Sam Hamill said about my work in a reference or grant application letter:

“Over the past decade or so, no one has done more for poetry in the Pacific Northwest than has Paul Nelson. He has sponsored and hosted free public readings and workshops while bringing to Seattle notable poets like Wanda Coleman, Nate Mackey, Michael McClure, Brenda Hillman, George Bowering and other leading figures in the world of Organic Poetry. He is as fine an interviewer of poets as anyone working today, coming to each interview thoroughly informed but retaining great flexibility, letting the various threads intertwine. These interviews, combined with lengthy scholarship, have produced a number of remarkable essays and, ultimately, his manuscript American Prophets…”

Yes, the poetry festival I founded, and directed twice and helped direct in the third iteration, is volunteer work, as are my interviews and the MOOC SPLAB is creating on Innovative Cascadia Poetry in conjunction with Cascadia College, as well as a few other literary-oriented projects.

So anyone’s contribution to the fest helps with these and other projects. (More at www.splab.org). I could give you a list if interested, but this should be enough for any reasonable person and literary supporter to make an educated decision. Remember, each postcard participant is asked for $10. So it comes down to this: is $10 worth it to you. Sorry it is not to you, Diane, and sorry you had the impression that those funds won’t be used for a director of a small non-profit organization to continue a rather serious dedication to poetry and poetics. Someday I might even have health insurance, but not likely because of all the rewards I am reaping through my poetry activism.

Still, the real reward is in the work itself. May you get half as much satisfaction in whatever it is you do to make it in our hyper-materialist culture.

The last sentence in my message said it all – I did not realize you offered free workshops. I apologize. I have promoted poetry and prose through workshops and open mics for years without compensation, as do my friends.

Wishing you a successful month of amazing poetry.