Such a bittersweet feeling to drop off my last three poetry postcards at the post office. Even though there is a mailbox downstairs here at the swinging Angeline and a mailbox on the corner of Edmunds and R.A.S. basically across the street, I mailed almost all of my postcards from the 2016 APPF at the local Columbia Station branch of the U.S.P.S. Time is running out on that building in this rapidly gentrifying neighborhood and, as I said in an old American Sentence:

10.13.07 – You can tell you’re old when you give directions by landmarks that aren’t there. 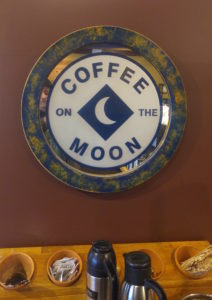 And the fest continues to sweeten year after year for me. That we had a new record for participants (in the pay-to-play era), 224, and that registration did not drag on for three weeks, made it easier for ME to start MY own postcard practice and I did quickly. I wrote 43 cards this summer and added to the batch I wrote in February as part of Carla Shafer’s Peace Poetry Postcards project, I am up to 615 poetry postcards since 2007, which is hard to fathom.

And this year I made a transition to using mostly cards I had made from photographs I took. Thanks to Mike at FedEx on Corson in Georgetown (who gives poets deals), I had some pretty cool ones to send out.

And it was just a day or so ago when I thought about the workshop nature of this project, which is like an asynchronous, slow-motion session that owes some debt of gratitude to Julia Cameron‘s  The Artist’s Way. Happening in summer, there are usually “artist’s dates” that happen, or travel, or day trips, road trips, any number of events that provide the lived experience that can inform the poem. One 2016 postcarder, Claire Day, would go on a daily walk to gather material for her practice and I LOVE hearing stories like that. 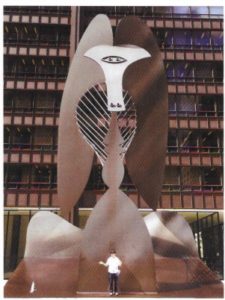 Among the things that fed my 2016 practice was a trip to Indianapolis and Chicago. Chicago is my home town and one cannot escape the capitol “B” Blues in Chicago, nor the little “b” blues of negotiating the nuclear family. This was part of the prompting of a bittersweet melancholy that led me to create a Youtube playlist Sam Hamill suggested I call Not Technically Blues. If you listen to the tunes on the playlist, you’ll soon get to Star People by Miles Davis, the theme song of my summer. I may have listened to it 50 times and I am putting it on again right now… I even had Jim O’Halloran’s band play it as I read postcards a couple of weeks ago at Jim’s annual Bradner Gardens concert. What a gas!

And my work this summer was also informed by a trip to BC, which included an interview with the brilliant indigenous painter Lawrence Paul Yuxweluptun led to a couple of cards, as did a visit to Cumberland, BC, and its wild bike trail names.

There was also the real sadness of seeing news of Bobby Hutcherson‘s death. I got the chance to see him at the Triple Door in 2006, days after a disastrous visit to Binghamton, NY, that Fall. He has a couple of tunes on the Not Technically Blues soundtrack, two of which I used to play on the radio in Chicago at long-dead WXFM. I remember that I wrote an elegy for Max Roach, as he died during the first postcard fest. That these events happened August makes them more memorable to me somehow. Unfortunately, I did not get cards written for Toots Thielemans and Rudy Van Gelder, Jazz greats who also died this August.

I did at least one anagram poem, incorporated free figs and the fig jam I made from them into a couple of cards and railed a couple of times about the Blue Angel’s annual visit to Seattle. I had a few cards inspired by Corita Kent, whose Portland Art Museum exhibit was amazing and whose images I used for some of the cards I sent out, mimicking her collage style of found text and snippets of advertisements. Only working in this open way could a poet come up with a poem entitled “Neoliberal Whopperito” after the new, uh, dish they are offering at burger king.

I am not going to post poems from this year just yet, as I’ve done in past fests, as our anthology project, directed with great skill by Ina Roy-Federman and Judy Kleinberg wants poems and original images that have not yet published, so a nod to the 56 Days of August and a tip of the hat to these two amazing people.

A last note. The blues feeling also came from the wake of a remarkable session of Ontological Kinesiology by Beata Alexander.  The feeling of the loss of old patterns, even as destructive as the ones released by the session, also added to the melancholy of these past 56 days. Gratitude to Beata, my Subud sister, for this remarkable session and our ongoing friendship. 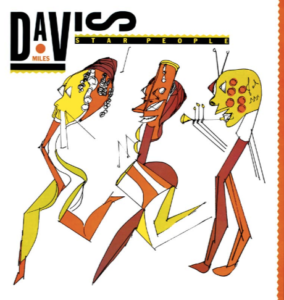 Well, Star People is starting again on the CD repeat function. Time to salute all my fellow 2016 postcard poets for the wonderful cards and feeling of community I am lucky enough to receive. More on the cards I got soon.