SO, World Poetry Day is under way and my 8am lecture is in the bag. We had an inspired participant who took on the task of writing a Cinquain, a five line poem with a syllable structure of 2,4,6,8,2. I told her I was going to quit because her poem was so good and better than the Cinquains I came up with. Nevertheless, we are enjoying Tutta Bella coffee and the company of people coming in to celebrate World Poetry Day. Her poem:

Don’t rush
in the morning.
We need time to savor
the early tendrils as the day
flickers. 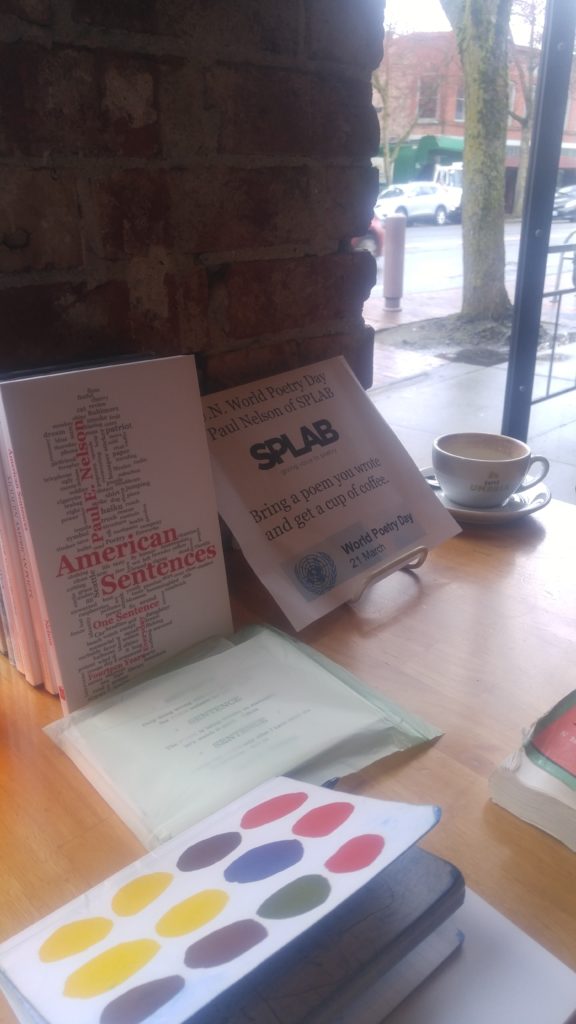