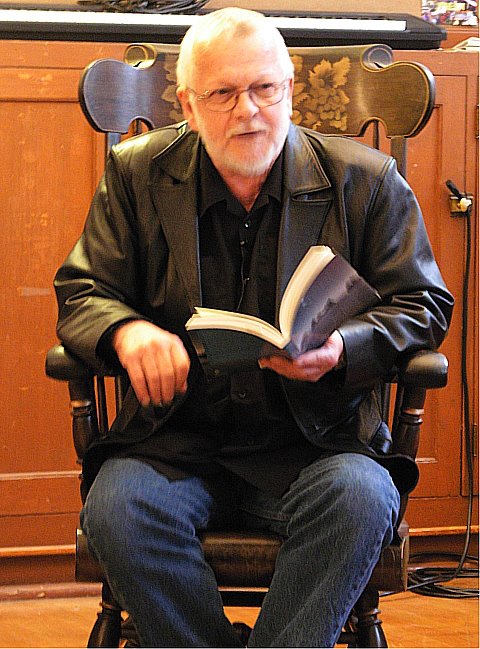 Dean of NW poets, Sam Hamill died on Saturday, April 14, 2018, at 6:04pm at his home in Anacortes, Washington. I last saw Sam on Thursday and Friday, April 5 & 6. We shared saké one last time and when he was about to read poems from his upcoming book, After Morning Rain, to Judith Roche, his daughter Eron and I, I grabbed my trusty IC Recorder and captured the moment with Sam’s approval. I believe it was the last time he read his poems out loud.

Sam and Eron talk about his Parents

The book launch for After Morning Rain is May 15, 2018, in Anacortes, with longtime Sam collaborator Christopher Yohmei Blasdel, the shakuhachi flute master.

Here is my first elegy for Sam, written the day after he died, written after Li Po, from Sam’s translation: 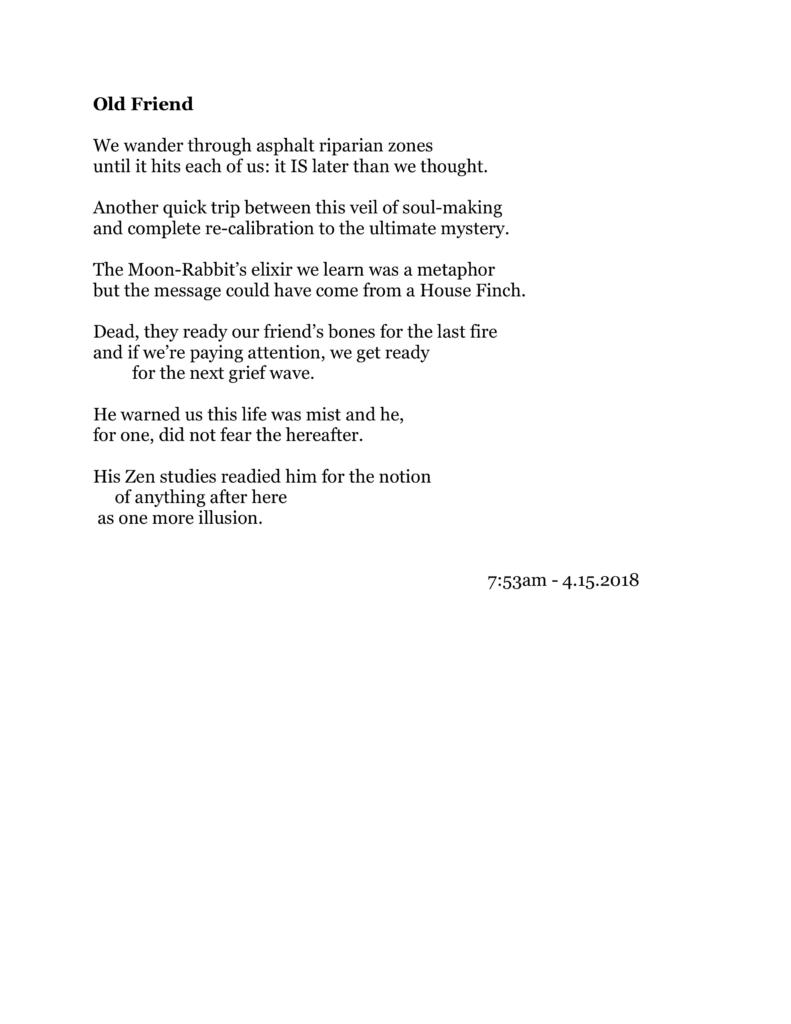