I’m near the end of my week-long writing residency at Write On Door County. Postcard poet Sharon Auberle tipped me off to this writing center in the part of Wisconsin that sticks into Lake Michigan. After one day here I wrote:

Write On Door County is a wildlife refuge. The wilderness of rural
Wisconsin on a peninsula surrounded by Lake Michigan (what Melville in
Moby Dick called a great “inland sea”) features more coastline than any
other USAmerican county. The wilderness of the mind too is given refuge
with a “QUIET PLEASE. WRITERS WORKING” sign before you even enter.
In the giant backyard find wild asters & other native flowers & 100
summer-extending butterflies, five different kinds of fungi, crickets &
grasshoppers bound out your path. Find the cabin of Norb Blei who wanted
to make all the county asphalt dirt again & a nearby firepit to watch the fire
and finish the hypnosis the butterflies started. Whoever first had this idea
for this place, thank you. It’s what writers need. It’s what preserves what
culture’s left in this ACD/Fake News/End-Stage Empire/Post-Democracy/
Immigrant-Children-In-Cages-era. An antidote to the cruelty that is
USAmerica where writers/butterflies/grasshoppers & crickets collaborate. 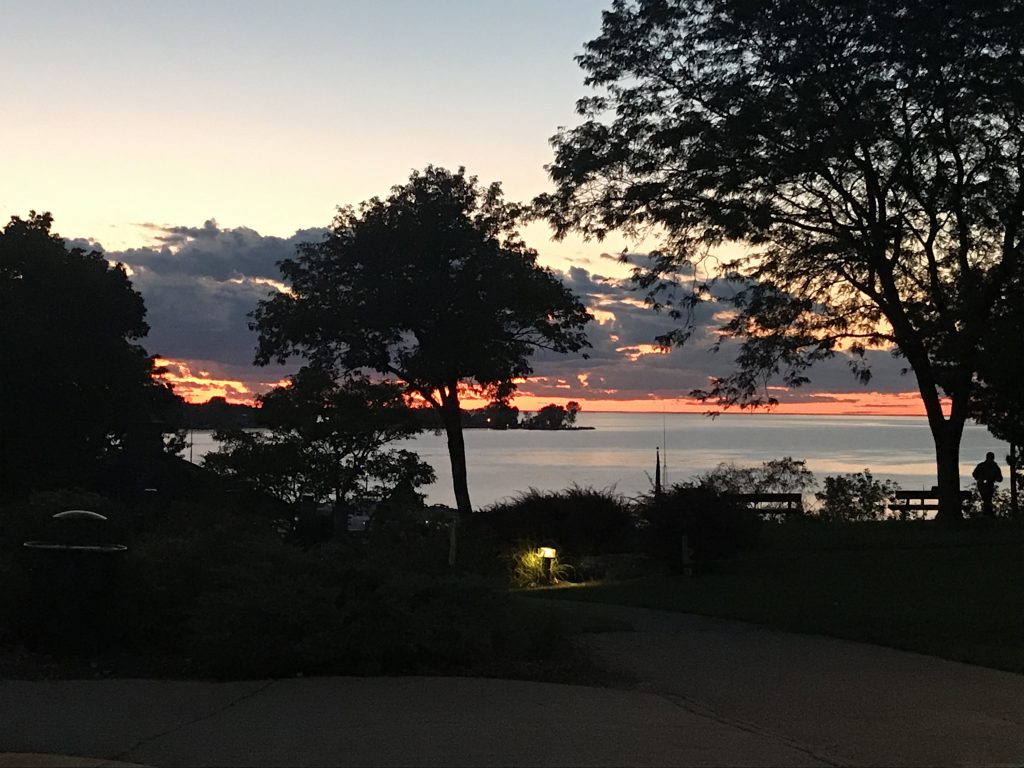 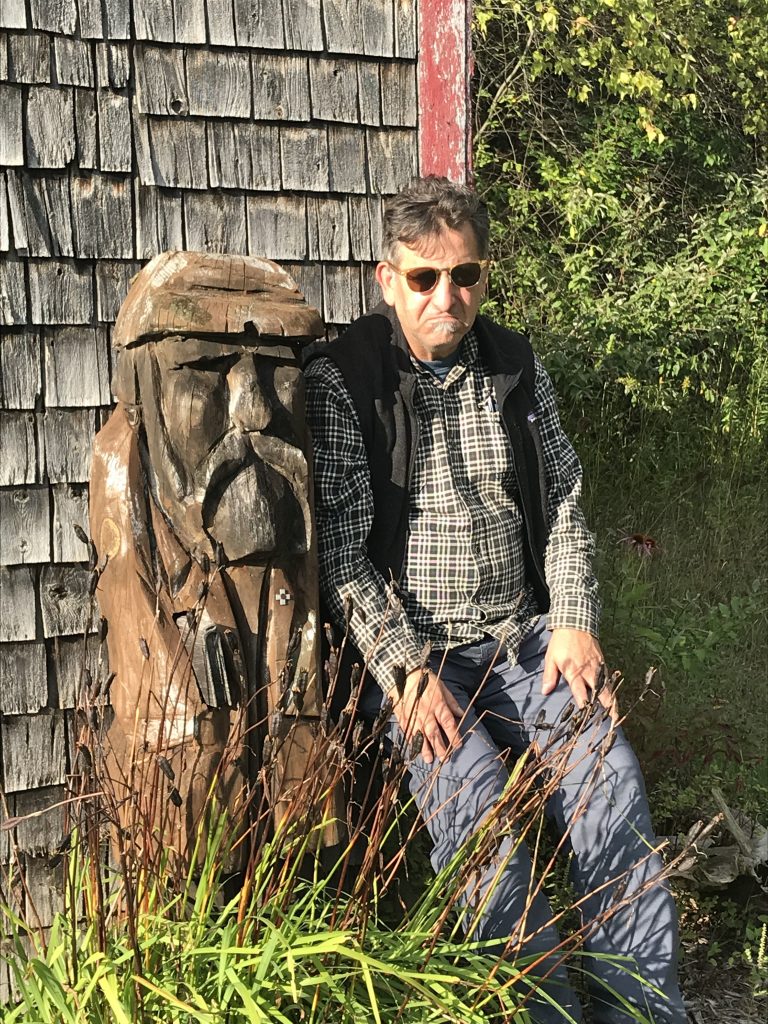 This residency requires the facilitation of one workshop and I had a small, but focused group last Tuesday at the Ephraim Universalist Unitarian Fellowship of Door County. I facilitated my workshop The Art of the Interview and no one wanted it to stop, which is a rewarding feeling. Tomorrow I will host a critique session in the former writing cabin of Norb Blei, Chicago transplant and local writing legend. (Some other cabin images below.) 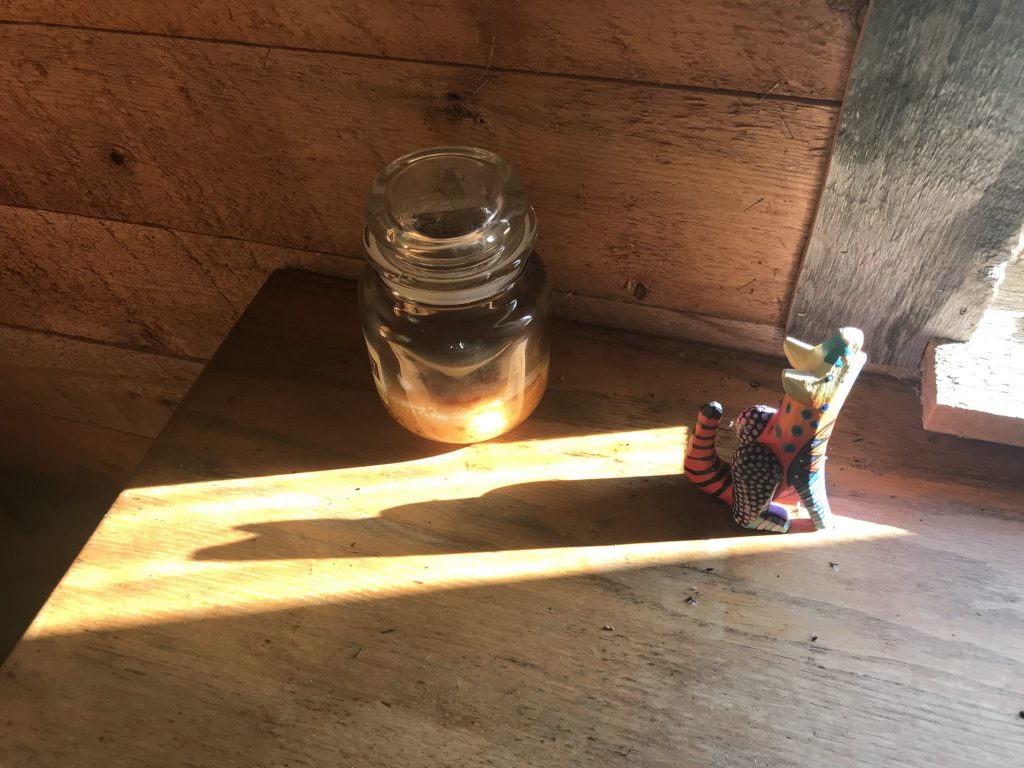 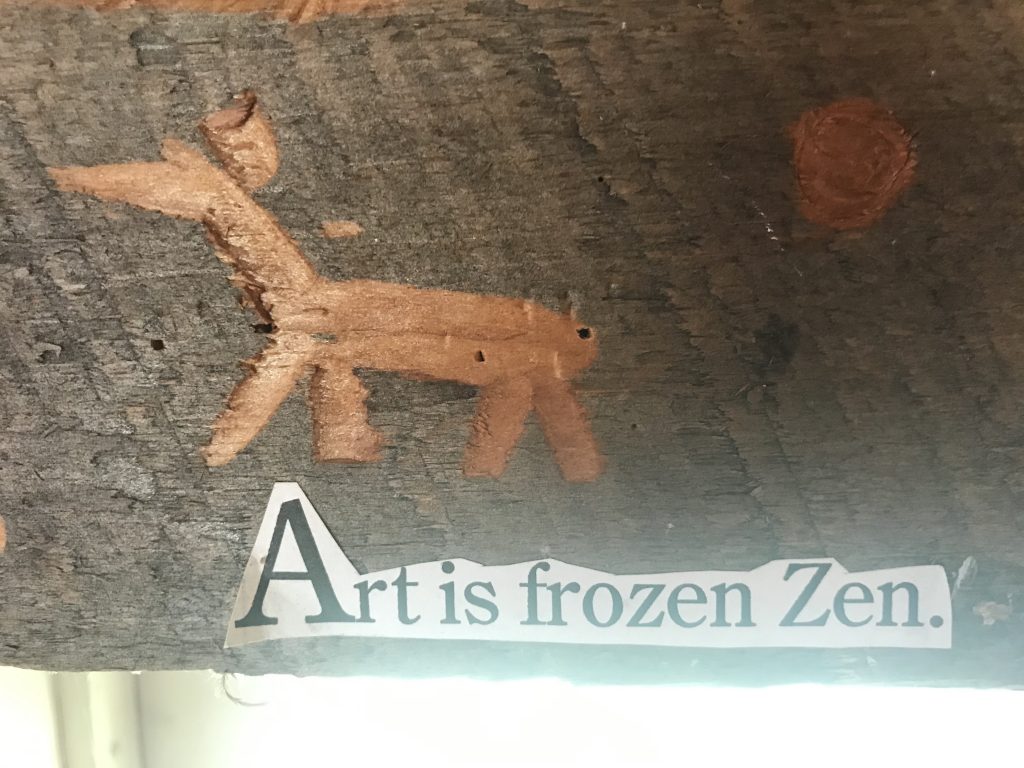 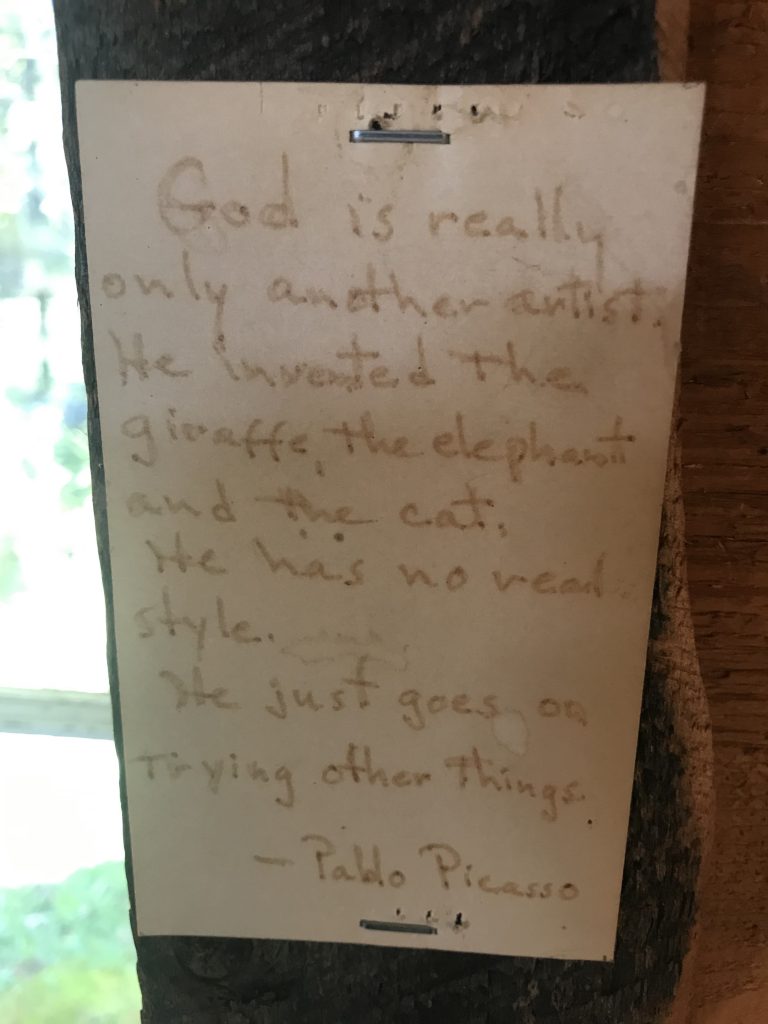 Bhakti and I are stunned by the beauty of this part of the world, LOVE Parador, the tapas restaurant in Egg Harbor and are appreciating the quiet, the monk-like atmosphere here. The sound of construction of the new WODC offices and performance space barely registers. We hope to return here.

My task has been to go over my Pig War: & Other Songs of Cascadia manuscript so that it can be appended to my first book of poems, A Time Before Slaughter in time for an expanded tenth anniversary edition in 2020. I have accomplished that and am grateful to Jerod Santek, Lauren Bremer and Katie Smullen for their warm welcome, their assistance and also for the work they do on behalf of writers.