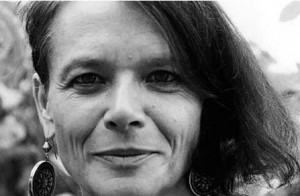 How does one communicate the essence of three decades of conducting interviews? I have had to do that, and quick, as a grant deadline is approaching and I save the worst of the grant writing process for last. I decided on a medley of some of the moments in those last 30 years that have had a huge influence on me, demonstrated some of the breadth and depth of the content of my interviews and were close by, so I did not have to do much digging. Here are Soundcloud widgets of the medley and some of the associated parts, so one can see the context of some of the excerpts. As these interviews were all conducted between 1994 and 2011, you can get a sense, I think, of the prophetic nature of their subjects. Thom Hartmann, for instance, was a good five years ahead of the U.S. Supreme Court’s Citizens United ruling, which reaffirmed the notion of corporate personhood. Anne Waldman (with her poem Dark O’ Night) was about 13 years ahead of the legalization of same sex marriage in Washington, so it’s good to see that poets practicing Open Form or the Practice of Outside are tapping into something beyond themselves as Eileen Myles explains in her clip below. & what use is philosophy if it does not lead to action? The interviews these segments came from all had a huge influence on me. As always, your feedback is appreciated.