I have been fortunate to be able to travel to much of Cascadia. Sometimes I get to share the fruit of my research on Organic Poetry. David Fraser of Wordstorm has invited me back to Diana Krall’s hometown to facilitate a workshop that combines two interests: Organic Poetry and Personal Mythology. The workshop happens on June 11, 2013, and that evening I’ll be there for the launch of the Planet Earth Poetry anthology, in which I have a poem written in honor of Kurt Cobain. 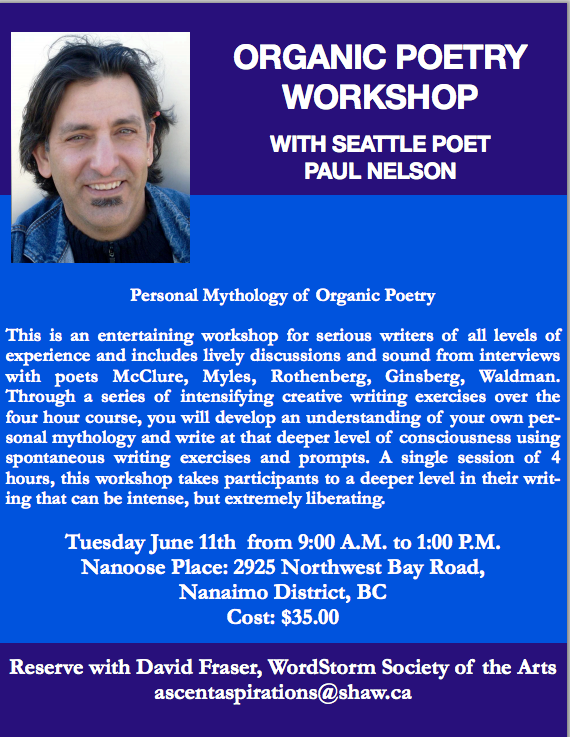