This poem was read at the 2nd Cascadia Poetry Festival, at the After Party, May 3, 2014, at Spring Street Center and based on the Allen Ginsberg poem America, with a George Bowering twist. 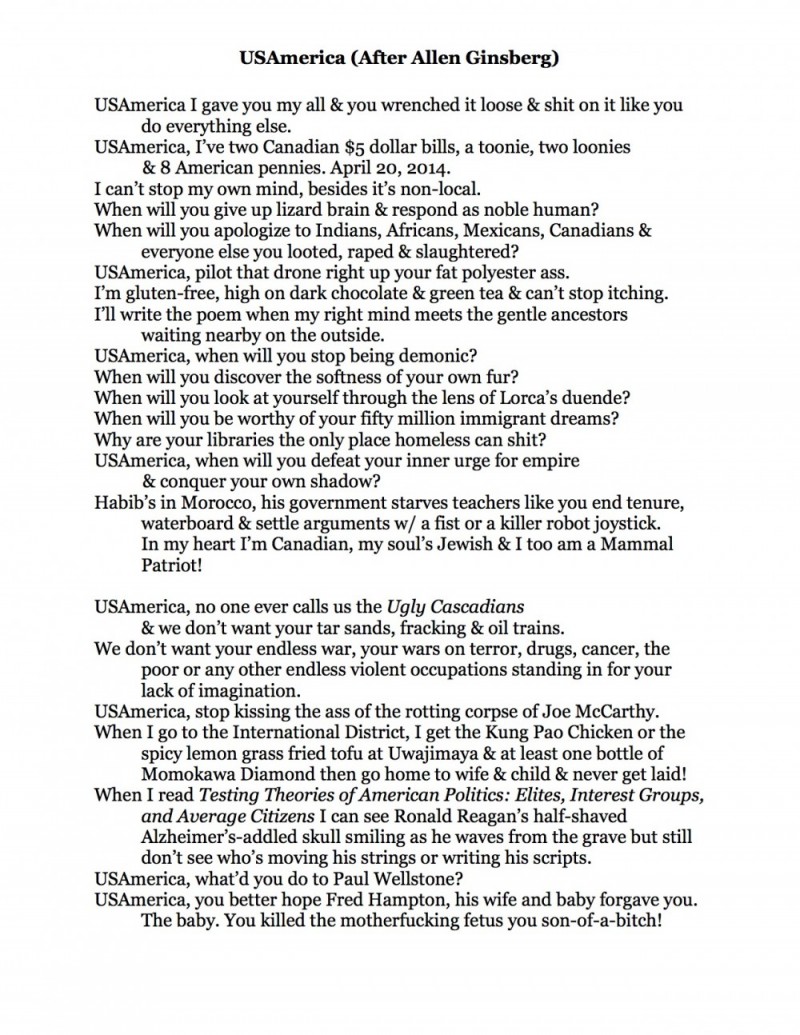 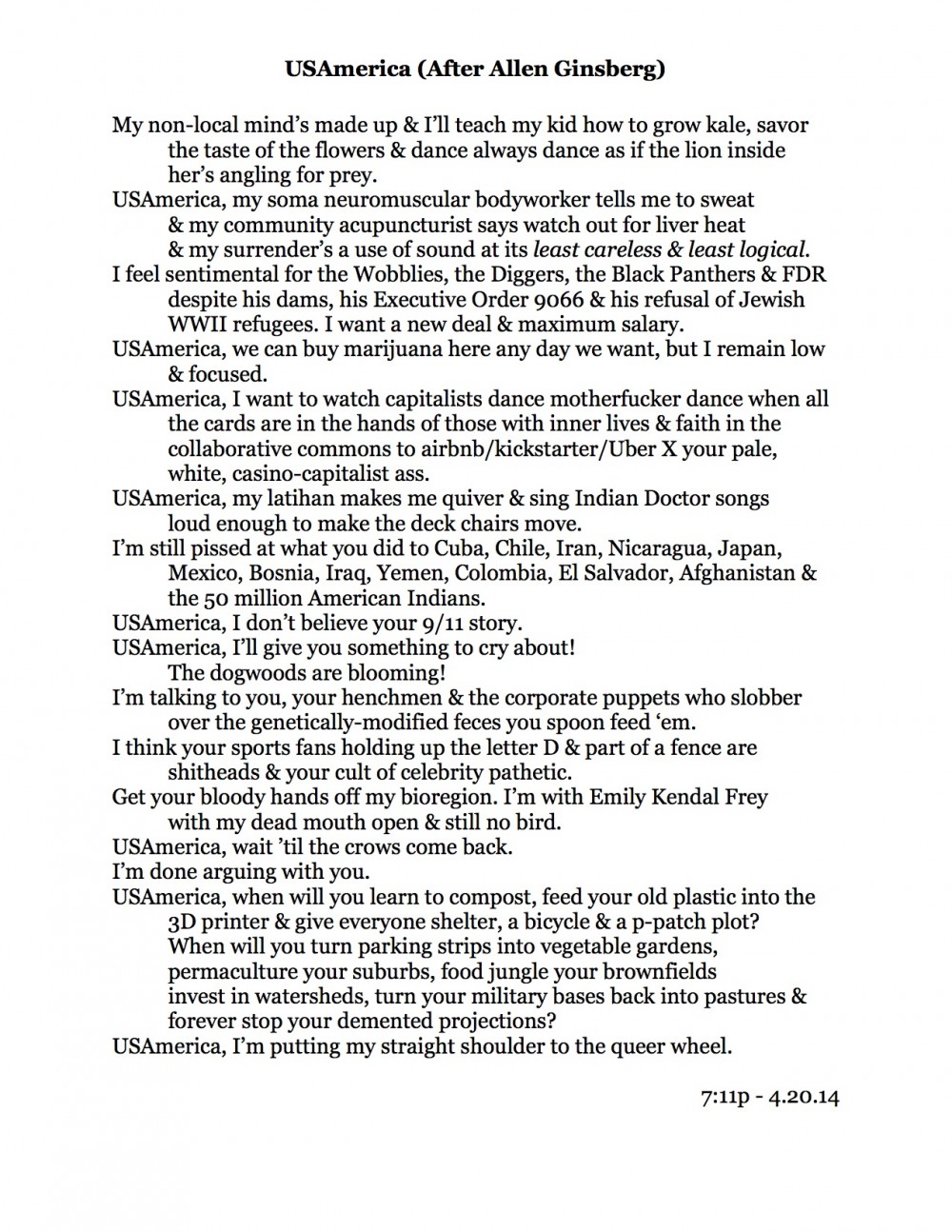 1 Response to USAmerica (After Allen Ginsberg)