This is the first poem I wrote for the 2014 August Poetry Postcard Fest. It was inspired by a renewed plunge into Carla Bley‘s landmark album Escalator Over The Hill. (Audio. Pdf.) If you listen to the record, you’ll have more context. Gato in this poem would be Gato Barbieri. I have been using lines from Denise Levertov as epigraphs this year. 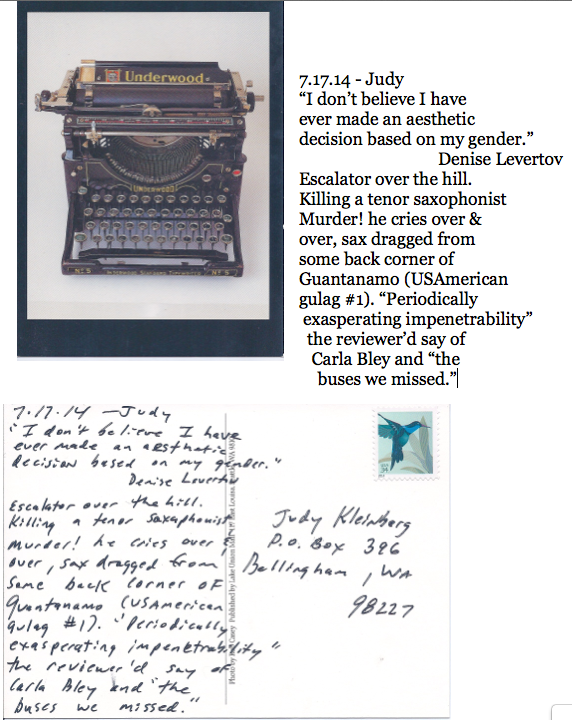