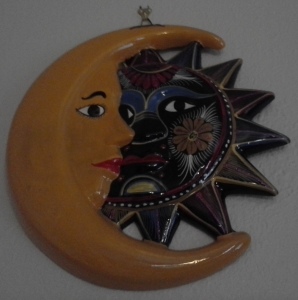 This 2014 August Poetry postcard was written in Puebla, Mexico, while I was there to attend the 14th Subud World Congress. 491. Uncommon Speech is one of my favorite postcard poems from 2014. It combines an image from German Montalvo, another Mexican artist whom I met at the Congress. He has made his own collages of the tops of famous works of art paired with the bottoms of fútbol players in another remarkably successful artistic gesture. I have several of his large postcards left and there is one that combines a fútbol player with a famous Magritte image that I may frame. Montalvo was part of a panel discussion on the Future of Design. The card reflects images of Puebla with the intention of the Congress (helping Subud members to exist more often at the noble human level of consciousness) as well as the trouble created by the culture of competition and the unfettered growth required by the demands of capitalism so endemic back home. There is also a reference to a piece of art I bought in el Zócalo. 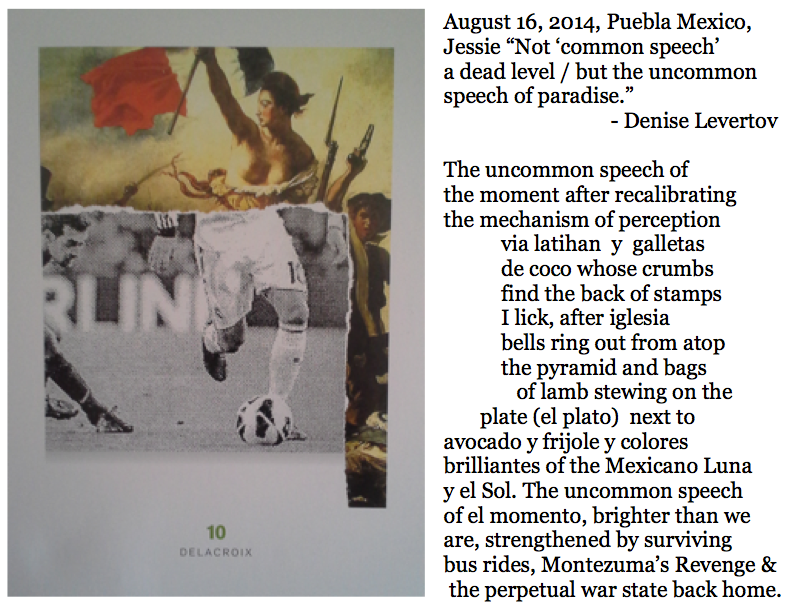