Driving the Redwood Highway is one of the most wonderful road trips I could ever imagine. Starting from Grants Pass, Oregon, stopping at Dutch Bros coffee to get an Irish Creme latté, you soon head southwest and go through stands of old growth Redwoods and along remarkable, craggy coastline. With enough time you end up going over the iconic Golden Gate Bridge, which is an experience in itself. Also mythic for me, having relatives living in California and being born in 1961, when the push west, led by baseball’s Giants and Dodgers was still fresh and as the song California, Here We Come even found its way onto cartoons like Bugs Bunny:

But the experience of DRIVING through a Redwood tree is at the core of the latest August Postcard Fest poem to be posted. (See all 2014 poems here.) 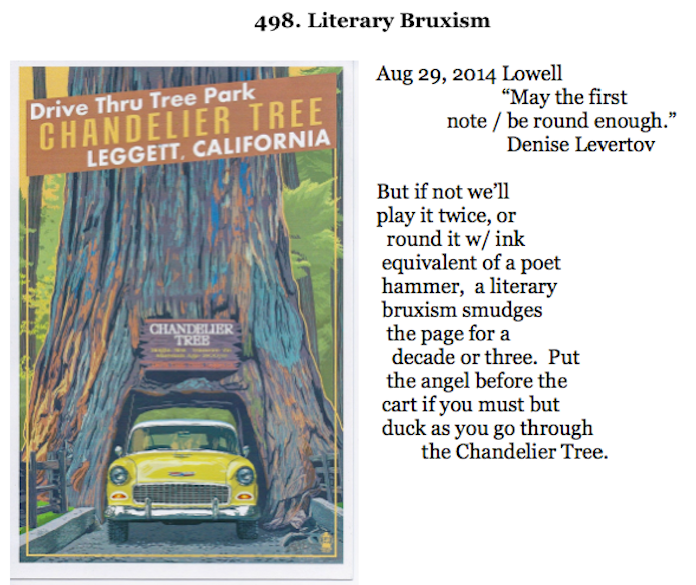