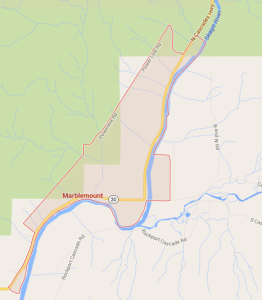 I’m going over the manuscript of these poems written last year, a few at a time, and marveling at how prolific was one weekend retreat in Marblemount, Washington. Set and setting, eh? Using each of the 100 poems of the classic Japanese anthology as a prompt, or more like a window to my own flight in the moment of composition, letting memories, recent events and aspects of the landscape itself bubble up into the poem, I was transported in this cabin in such a way that time took on different qualities.

I remember my last day there, not having to leave early in the morning, and going though my daily ritual of journaling at least 1,000 words, doing my prayers, Rune divination, yoga and probably writing a few of these poems, and then starting breakfast. I got the water on the electric stove going for coffee and put olive oil in one of the pans, preparing to have eggs with a side of a spicy tofu/potato/baby bok choi dish. The oil was not thinning out on the pan. The stove was not on. The power was out! It had been since the middle of the night, some power lines being snapped by the weight of the snow that fell onto the trees by the river, snapping branches, onto the road and into the poems. I used battery power to compose and had no idea for hours! I headed out in the mid-day, stopping at the Skagit Co-op in Mt. Vernon to grab something for the ride back to Seattle. 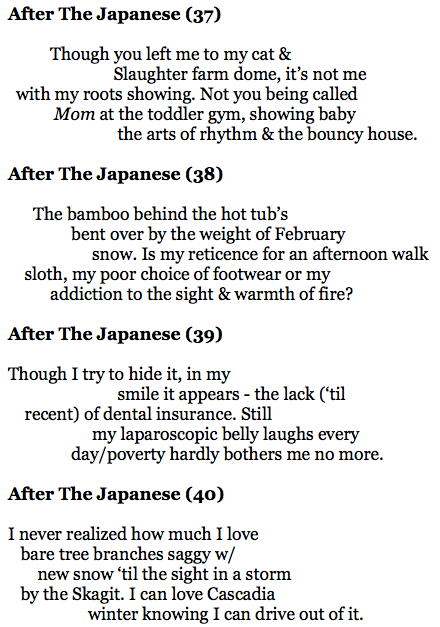 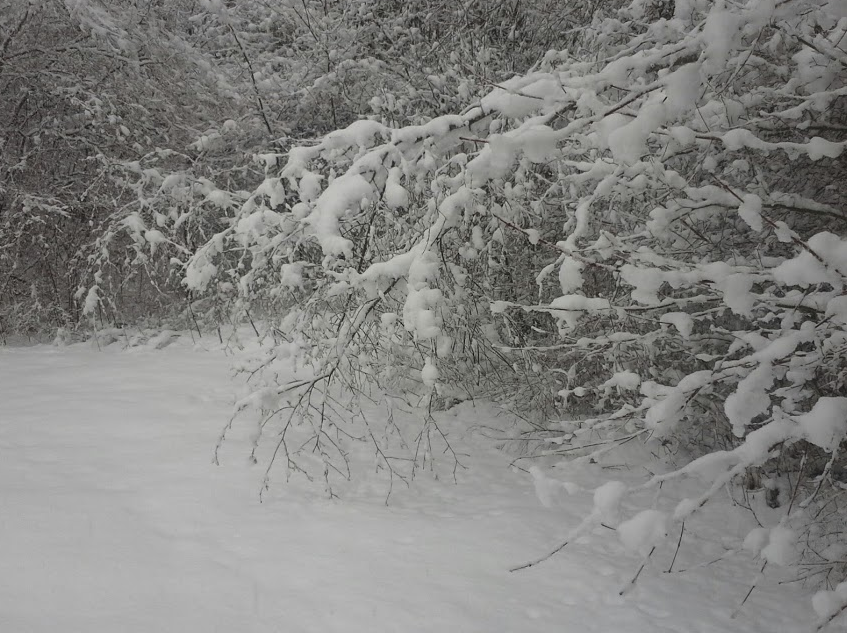