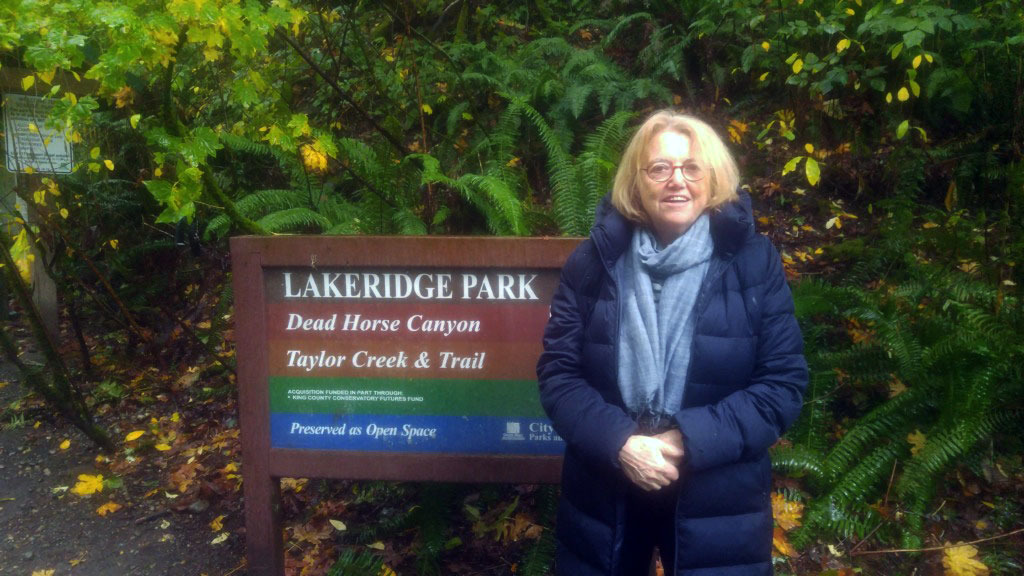 Anne Tardos, French-born American poet, is the author of ten books of poetry, and editor of three collections of poetry by Jackson Mac Low. Her work has been translated and published in dozens of anthologies and journals around the world. Tardos pioneered a unique multilingual writing style, often complementing her texts with video stills, photographs, and collages. Her writing is renowned for its fluid use of multiple languages and its innovative forms.

She visited Seattle last month and gave two readings. One was part of the Lit Crawl event that Margin Shift curated on October 19, 2017, at Still Liquor, 1524 Minor Ave. and the following night at Open Books: A Poem Emporium.