The end of 2020 (aside from spawning millions of “good riddance” celebrations) marks the completion of twenty years of daily practice of American Sentences. These (usually) 17 syllable poems, a form created by Allen Ginsberg, have been a lifeline for me. Having the discipline of writing one every day keeps my perception sharp as possible, connects me daily with composing and creates seeds for longer poems. I will be updating my book of American Sentences, published in 2015, as a second edition, with examples from twenty years of practice in 2021. Meanwhile, here is one from last week. Nothing special, but displays solidarity with folks who have had a hard time in 2020. 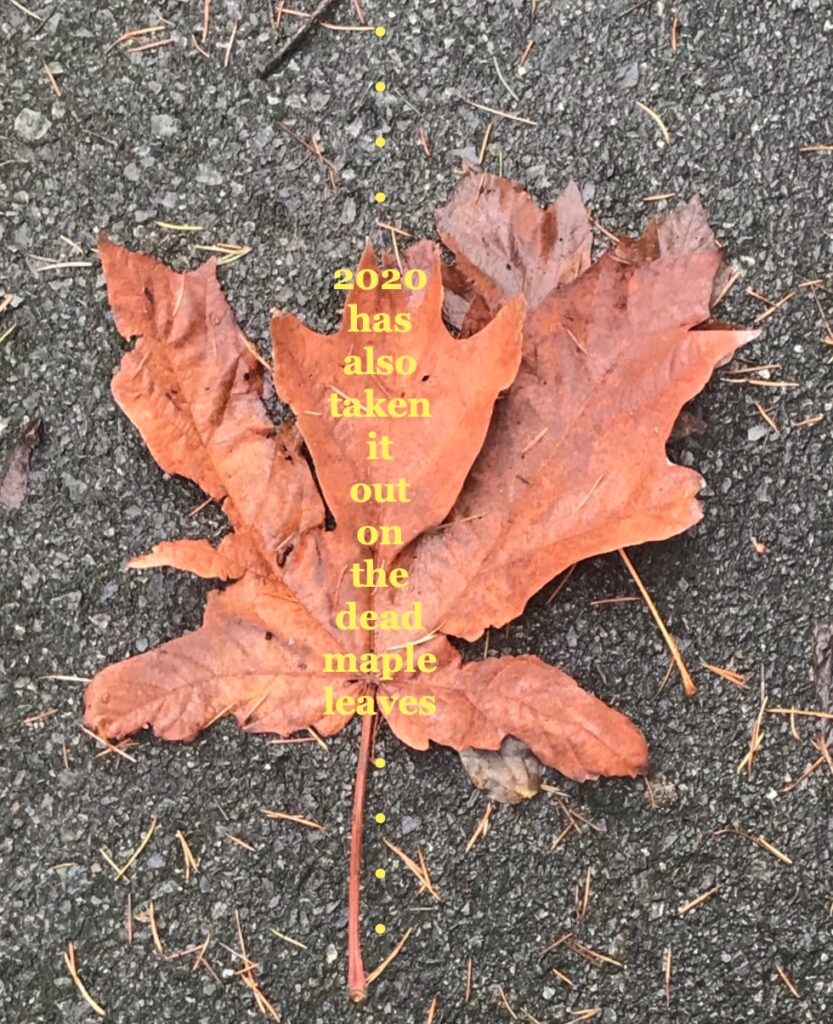