For years there was a popular open mic at Lottie Motts, which was a cafe in Columbia City. Now the coffee has given way to Tequila and the Angie’s crowd has migrated across the street to be served beer by Seattle’s best bartending poet/literary empresario, Graham Isaac. He has sent this: 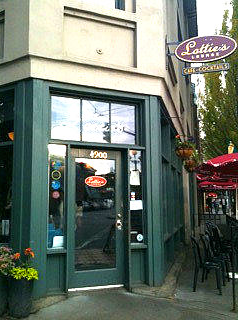 Holiday stress got you down? Love your family. . . but need a drink? Come to Lottie’s Lounge for Rad, Santa: A Night of Literary Holiday Catharsis. Writers and performers from Columbia City and beyond will share poetry and stories that’ll tell truths about the holidays– or take your mind off it entirely. Expect a fun, high-caliber evening of words, featuring Paul Nelson, Ra’anan David, Ela Barton, Chris Gusta, Jocelyn Macdonald and more!

What will you hear? Not sure what the other folks will do, especially Ra’anan David, who is capable of just about anything short of duets with large barnyard animals (Greg Bem does not count) but I will be reading at least one seasonal poem and at least one or two pieces from my recent residency at The Lake, awarded by the Morris Graves Foundation. AND my in-laws, Joe and Buffy Sedlachek, may very well be attending, so that’s added incentive. And I will have news about a recent poetry prize which I won. A good crowd could mean more readings at Lottie’s, so I hope to see you Sunday night.