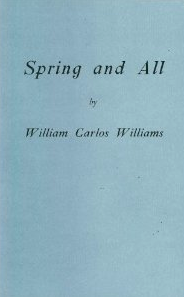 It used to be that literary arts activity stopped in the summer in Seattle, but that has been changing the last couple of years. I remember fondly the annual (unofficial) post-summer literary reunion that happened at Bumbershoot with their Small Press Fair and lineup with at least one poet from the New American Poetry side of things. I even emceed one year (1999) and had the good fortune to meet Wanda Coleman and bring her to the stage.

But September things start to pick up regardless and that’s surely the case for me this year. Upcoming gigs, or readings I have a stake in:

Wednesday, September 11, I will read a poem at Seattle’s City Hall as part of their Words’ Worth program. 2pm, at the Housing, Human Services, Health and Culture Committee Meeting. (See this.)

Saturday, September 21, I am organizing Poems for Peace. A SICA event that started last year, this year there is a Seattle event and it happens at Spring Street Center. There will be a chance for everyone to read their peace poem, or perform in the spirit of the event. Scheduled poets include Faiza Sultan and Ibtihal Mahmoud. Meena Rose has some visual peace poetry. See: Poems for Peace. Doors open at 6:30.

Monday, September 23, a new open mic Easy Speak is happening at The Hummingbird Saloon, 5041 Rainier Avenue S. in Seattle’s Columbia City neighborhood. It will happen on the 4th Monday of every month, at 8pm, run by neighborhood resident T. Clear. This first one is happening the day after my birthday, so I hope to see you.

Tuesday, October 1, I am the feature at the long-running reading in Duvall, WA. See: https://www.facebook.com/DuvallPoetry. Showtime 7p.

Tuesday, October 22 at Open Books there will be the first in a series of events called Poetry in Conversation. Showtime is 7:30 and the first book they’ll discuss is WCW’s Spring and All. Contact the store in advance if you want to purchase a copy of the book.

Sunday, October 27 at 3pm Brenda Hillman returns to Open Books to read from her new book: Seasonal Works with Letters on Fire.