I did this last year, a post of the top ten posts/pages of the year. I excluded American Sentences and all individual pages associated with that daily practice and also Organic Poetry and individual essays under that rubric. I’ve also included only two of the August Poetry Postcard Fest pages, since there were a lot of posts and pages that got hits due to the project’s huge success.

So here are the Top Ten Posts/Pages from this blog in 2014. Thanks for reading!

10) Morris Graves Foundation Residency. A post from 2013, it gets plenty of hits because of Graves’ enduring legacy and because of the rare opportunity a residency at his final home in Loleta, California, is for people who know the power of a place I have likened to a sort of Cascadia Giverny.

9) Pig War. This manuscript was finished at the November 2013 residency at the Graves Foundation and a publishing opportunity fell through in the last year. The continuation of a serial poem re-enacting the history of Cascadia, I suspect 2015 will bring on the next chapter in the book and there are several smaller chapters that are incubating right now. 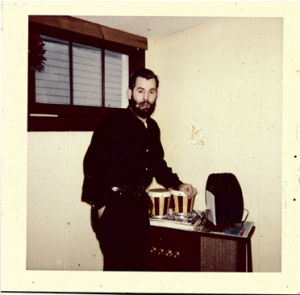 8) Paul E Nelson Sr. Dead. I could have been better prepared for this, but you never know. Dad liked to quote that 40s Canadian pop song It’s Later Than You Think and that is the truth. He’d have liked what the White Sox did this past month to improve the team’s chances in 2015. I miss him more than I can say and will present some poems in a few weeks as part of my After The Japanese series which ends with poems about his passing. I miss you Dad.

7) Seattle Nice and Cascadia Culture. One of several posts about Cascadia, this one was connected with the AWP’s annual gathering which happened in Seattle this past March. It is interesting to see how writers I knew engaged with people in that environment. My friend Amalio Madueño calls the AWP American Writing Positioners due to the unfettered careerism on display at the gathering.

6) How To Write a Postcard Poem. This should not be so hard, but people are convinced that to have something good you have to edit and edit and edit, when the masters would train themselves to pay attention in the moment. It’s a project designed to allow people to experience the joy of spontaneous composition and this is just one angle on how to do it.

5) Marion Kimes Dead at 84. A tough year for me with many deaths (including my cat Zappa) and Marion’s was not unexpected because she’d been frail for years, but it still hurt nonetheless because of all she did for Red Sky Poetry Theater, keeping it going single-handedly for years and because of the example she set for poets. Bless you Marion.

4) The Great Columbia City Dog Shit Debate. I would not have predicted this, nor did I understand the intensity of feeling about something so trivial, but I had fun with it and with no pets currently, I am in the clear for a while.

3) Projective Verse: The Spiritual Legacy of the Beat Generation. This essay was written for a 2011 conference in Brussels and suggests that the Beat Generation’s spontaneous writing ethos, best described by Charles Olson and best applied by that figure who’s part Beat and part Black Mountain (Michael McClure) will be what seekers take from the movement in a spiritual sense.

2) Paulownia Tomentosa. A haibun from the series of 99 Haibun I completed in 2013, this one has the name of a non-native tree species and gets picked up in many searches. The poem also gets into Seattle Nice culture too, so maybe that is a factor in its enduring popularity.

1) August Poetry Postcard Fest Call for 2014. We had a record 425 people participate in 2014 and this was what they read to get going. Subscribe to this blog and get the call for 2015, year 9 of the fest, which is one of the highlights of my summers.